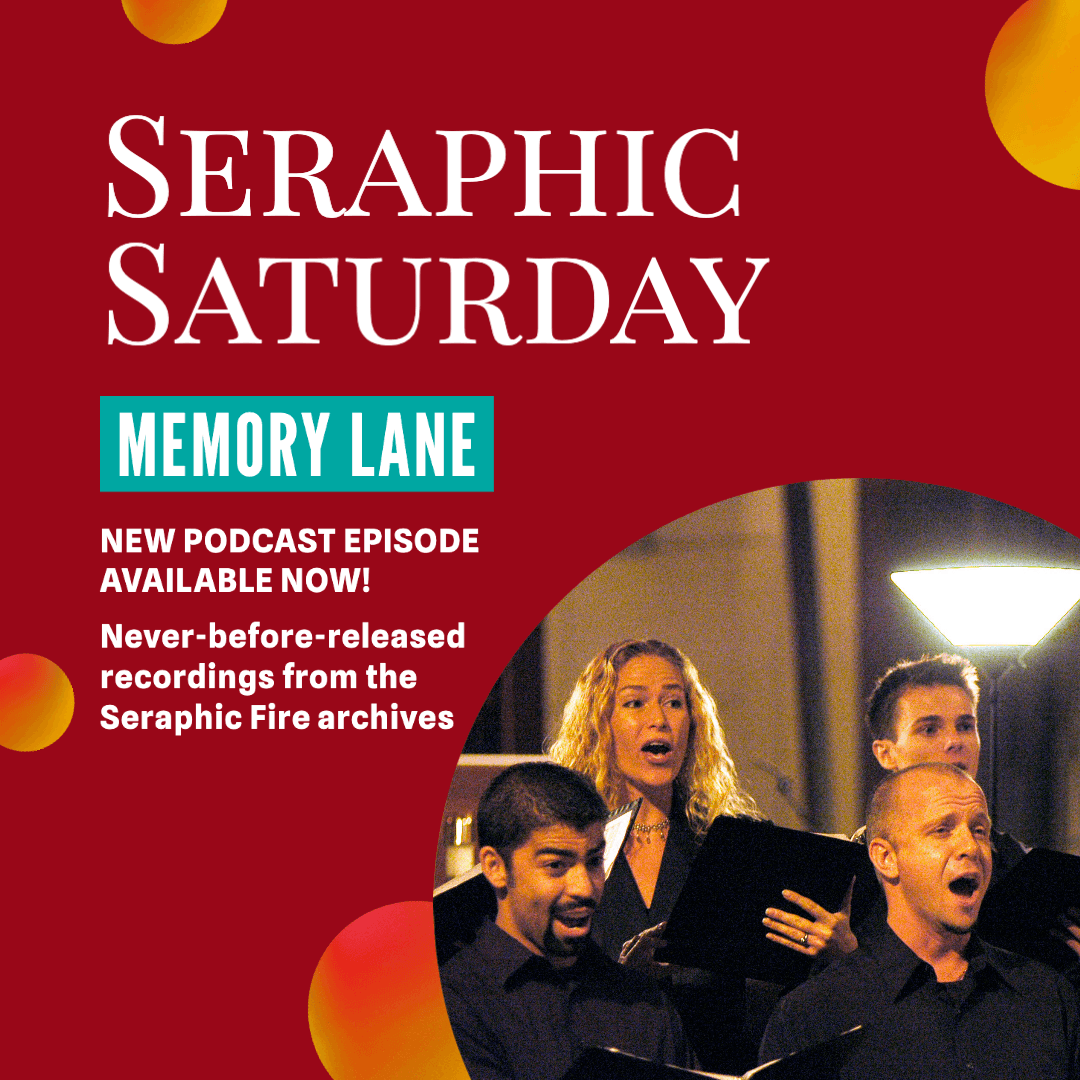 On the occasion of the ensemble's 20th anniversary season, Artistic Director Patrick Dupre Quigley takes listeners on a stroll down memory lane. Enjoy never-before-released archival recordings and hear Quigley's recollections on standout concerts of the past 20 years.

The show begins with excerpts from a 2008 performance of Handel's Israel in Egypt followed by a selection from Seraphic Fire's 2011 collaboration with Jewish cantor George Mordecai. Later on, you'll hear a medley of spirituals featuring countertenor Reginald Mobley from the 2008 concert When the Saints Go Marching In – an imagined jazz funeral for Quigley's native city of New Orleans in the wake of Hurricane Katrina. The podcast closes with a lively encore from the 2007 program SWAY!

Selections from Israel in Egypt by G.F. Handel